Despite more than 38,000 firearm deaths and more than 115,000 injuries from firearms per year in the United States, the public and policymakers lack basic information on the causes of gun violence and how it can be prevented.

The National Collaborative on Gun Violence Research will support carefully selected, rigorous research designed to broaden agreement on the facts associated with gun policy, and support development of fair and effective policies.

Research priorities will be selected by the Research Advisory Committee, based on a review of existing science and the recommendation of gun policy researchers and stakeholders. Broadly, the collaborative will fund projects that focus on: Understanding the patterns of gun ownership and use; the benefits and harms of firearms in the United States; and evaluating policy interventions and technologies designed to reduce harms or increase the benefits of firearms use in the United States.

The collaborative is not an advocacy organization. Despite often contentious and partisan disagreement over gun policies, most people agree we need policies that will reduce gun violence, and many are interested in trustworthy information about how that could be accomplished while protecting individual’s rights. We aim to support research that will broaden agreement on the facts, and provide policymakers with the data-driven solutions and tools they need to make changes that will have a real and lasting effect on reducing gun violence. 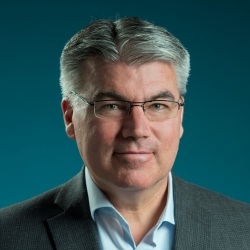 Andrew R. Morral is a senior behavioral scientist at the RAND Corporation, leader of Gun Policy in America, a RAND initiative to understand the effects of gun policies. 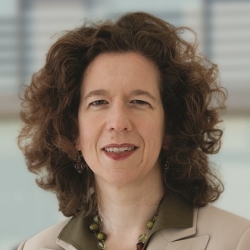 Liisa Ecola is a senior policy analyst at the RAND Corporation. She has a broad range of research and management experience, including leading RAND’s work on the “Road to Zero,” a long-term vision of eliminating deaths from traffic crashes by 2050, and developing a tool to determine the costs and benefits of policies to reduce vehicle crash deaths and injuries. She has served as project manager for the Collaborative since spring 2021. 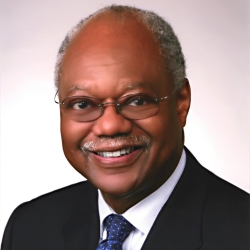 Frank Clark is President of the Chicago Board of Education. He is a member of the Chicago Bar Association, Commercial Club of Chicago, and Executives Club of Chicago. Clark is co-founder of the Rowe-Clark Math & Science Academy. He serves on the board of directors for Waste Management, Inc., on the board of trustees of the Museum of Science and Industry, on the board of directors of the Big Shoulders Fund, trustee of The Lincoln Academy of Illinois, Chair of the RAND Corporation Social and Economic Policy Advisory Board, and President of the Business Leadership Council. He is the retired chairman and chief executive officer of ComEd. 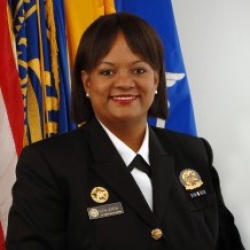 Regina M. Benjamin, MD, MBA is the 18th Surgeon General of the United States. As America’s Doctor, she provided the public with the best scientific information available on how to improve their health and the health of the nation. Dr. Benjamin also oversaw the operational command of 6,500 uniformed public health officers who serve in locations around the world to promote, and protect the health of the American People. In addition, Dr. Benjamin served as chair of the National Prevention Council—17 cabinet-level Federal agencies that developed the National Prevention Strategy, the road map for the Nation’s health. 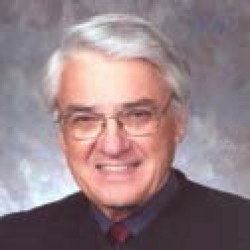 Patrick E. Higginbotham was appointed to the United States District Court, Northern District of Texas, in 1975 and in 1982 to the United States Court of Appeals, Fifth Circuit. When appointed to the District Court he was the youngest sitting judge in the United States. His career over the past 57 years has been in the courtroom, first as a trial lawyer then as judge, he remains an ardent defender of juries. He is the author of more than 4,000 judicial opinions and 58 articles and book reviews for law reviews and legal journals. He is also a member of the Board of Overseers, Institute for Civil Justice, RAND. 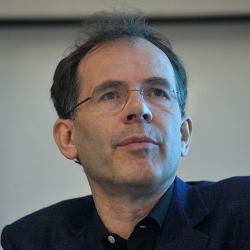 Guido Imbens, Ph.D., is Professor of Economics at the Stanford Graduate School of Business and Professor of Economics in the Economics Department at Stanford University. He has taught at Harvard University, UCLA, and UC Berkeley. He joined the GSB in 2012. Imbens specializes in econometrics, and in particular methods for drawing causal inferences. Guido Imbens is a fellow of the Econometric Society, Royal Holland Society of Sciences and Humanities, the Royal Netherlands Academy of Sciences, and the American Academy of Arts and Sciences, and holds an honorary doctorate from the University of St. Gallen. In 2017 he received the Horace Mann medal at Brown University. 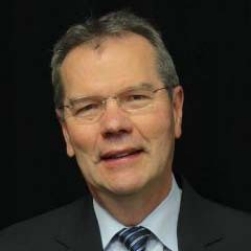 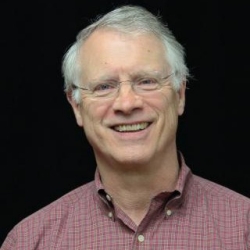 James P. Lynch, Ph.D., is professor and former chair of the Department of Criminology and Criminal Justice at the University of Maryland and director of the Maryland Data Analysis Center. Lynch joined the department after serving as the director of the Bureau of Justice Statistics in the United States Department of Justice. Previously, he was a distinguished professor in the Department of Criminal Justice at John Jay College, City University of New York. Lynch's research focuses on victim surveys, victimization risk, the role of coercion in social control, and crime statistics. He has published four books and numerous articles many of them dealing with crime statistics. 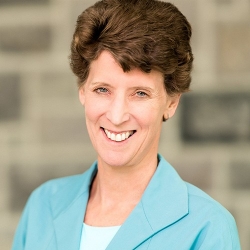 Sally C. Morton, Ph.D., is executive vice president of Knowledge Enterprise at Arizona State University. She joined the university in 2021, having previously served as dean of the College of Science at Virginia Tech, chair of Biostatistics at the University of Pittsburgh, vice president for Statistics and Epidemiology at RTI International, and head of the RAND Statistics Group. Her methodological research focuses on evidence synthesis, including meta-analysis. Her research projects span a range of clinical and societal issues including healthcare quality, homelessness, mental health, and substance abuse. Morton served as president of the American Statistical Association (ASA) and is a Fellow of the ASA and the American Association for the Advancement of Science.

Kathleen O’Toole is a career police officer and lawyer who has earned an international reputation for her principled leadership and reform efforts. She recently completed her service as Chief of Police in Seattle, Washington where she led the Seattle Police Department through a major transformation project. In addition to addressing all requirements of the Settlement Agreement between the US Department of Justice and the City, Kathleen introduced leading-edge business practices and operational strategies that reduced crime and enhanced community trust. O’Toole also recently served as chair of the Commission on the Future of Policing in Ireland, and held several prominent positions in the local and state police organizations in Massachusetts, including Boston Police Commissioner. 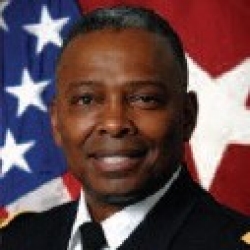 Major General (Retired) Barrye L. Price is President and Chief Executive Officer of the Community Anti-Drug Coalitions of America, an organization that builds and strengthens the capacity of community coalitions to create safe, healthy, and drug-free communities through technical assistance and training, media strategy, conferences, and special events. Major General Price served on President Clinton and the First Lady's Task Force on “Raising Responsible and Resourceful Teenagers” in 2000 as well as the “Mississippi Delta Task Force,” which sought to revitalize the 207-county, seven-state region that comprises the Mississippi River flood plain from 1999 through 2000.

Nancy Rodriguez is a professor in the Department of Criminology, Law and Society at the University of California, Irvine. Her research interests include inequality (race/ethnicity, class, crime and justice) and the collateral consequences of mass incarceration. Throughout her career, Dr. Rodriguez has engaged in use-inspired research and has been part of many successful collaborations with law enforcement, courts, and correctional agencies. In October 2014, Dr. Rodriguez was appointed by President Barack Obama to serve as the Director of the National Institute of Justice (NIJ). As Director of NIJ, she led the development of the agency’s first strategic research plans in the areas of corrections, safety, health, and wellness, and policing. Since leaving NIJ, Dr. Rodriguez has dedicated her time to advancing research in the areas of racial and ethnic disparities and prison violence (with the generous support from the John D. and Catherine T. MacArthur Foundation and Arnold Ventures). 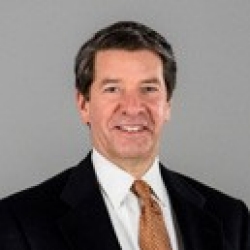 Dr. Runge is currently the President and CEO of Carolina Complete Health Network, a network of medical practitioners organized to provide health services for the medically underserved. He is also the co-founder and Chief Medical Officer of Biospatial, Inc., a company improving national preparedness by providing operational intelligence and situational awareness of threats to health and safety at the local, state and federal levels. He previously headed the National Highway Traffic Safety Administration and served as the first Chief Medical Officer of the Department of Homeland Security. 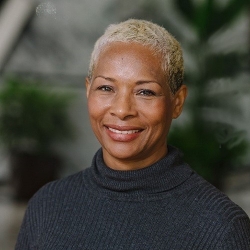 The Honorable Regina B. Schofield, MBA

The Honorable Regina B. Schofield is Director of Corporate Engagement and Education Outreach for Battelle. Ms. Schofield’s portfolio includes furthering innovative efforts to create tomorrow’s workforce by leading STEM education outreach & directing all of Battelle’s regional philanthropy engagements. Prior to her position with Battelle, she was employed with Casey Family Programs. She also served as Assistant Attorney General (AAG) for the Office of Justice Programs at the U.S. Department of Justice and Director of the Office of Intergovernmental Affairs and White House Liaison at the U.S. Department of Health and Human Services (HHS).