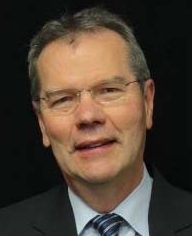 As part of the committee, Dr Laub will help shape the collaborative’s research agenda, select new proposals for funding, and provide oversight to the more than 35 projects currently funded by NCGVR.

“Dr Laub’s expertise in criminology and public policy, and his experience with grants administration will strengthen the committee and complement the diverse expertise offered by other members of the committee”.

Dr Laub is Distinguished University Professor Emeritus in the department of criminology and criminal justice at the University of Maryland, College Park. His areas of research include crime and the life course, crime and public policy, and the history of criminology.

From 2010 to 2013, he served as the Director of the National Institute of Justice in the Office of Justice Programs in the Department of Justice.

In 1996 he was named a fellow of the American Society of Criminology and served as president from 2002-2003.

In 2005 Dr Laub, along with his colleague Robert Sampson, was awarded the prestigious Stockholm Prize in criminology for research on how and why offenders stop offending.

His published books include Crime in the Making: Pathways and Turning Points Through Life, and Shared Beginnings, Divergent Lives: Delinquent Boys to Age 70, both co-authored with Robert Sampson.

The non-partisan, independent Research Advisory Committee determines the overall direction of the Collaborative's research agenda and makes all funding decisions.

Dr Laub joins the committee after Dr Reginald Brothers stepped down to focus on other commitments.