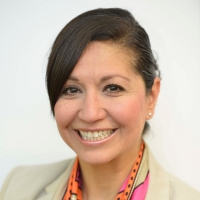 Former National Institute of Justice Director Nancy Rodriguez has been named as a member of the Collaborative’s Research Advisory Committee.

Nancy Rodriguez is a professor in the Department of Criminology, Law and Society at the University of California, Irvine. Her research interests include inequality in relation to race and ethnicity, class, crime and justice, and the collateral consequences of mass incarceration.

Dr. Rodriguez was appointed director of NIJ in October 2014 by President Barack Obama. During her term, she led development of the agency’s first strategic research plans in the areas of corrections, safety, health, and wellness, and policing.

Dr. Rodriguez replaces Dr. John D. Graham, one of the original members of the Research Advisory Committee, who recently announced he would step down to due to other commitments.